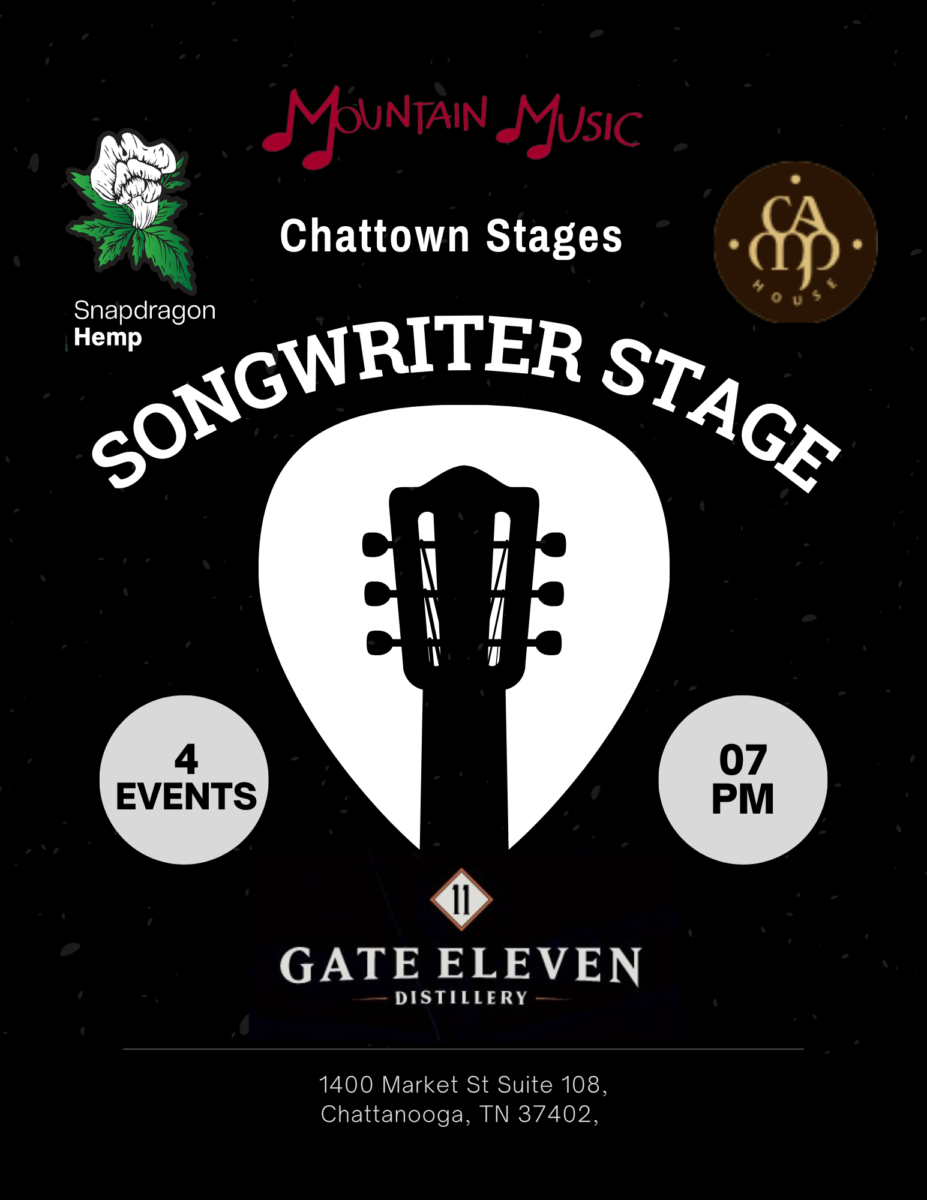 The Songwriters Stage has been an institutional rite of passage for Chattanooga’s emerging artists since it was created by The Camp House in 2014. In 2023 the tradition will continue at one of the liveliest spots in town, Gate 11 Distillery (1400 Market St.), hosting the four preliminary rounds on the 1st and 3rd Fridays of January and February.  The competition finale will be held on March 3rd in the superb acoustics of the new Camp House (806 E. 12th St.).

The series takes pride in the fact that competitors must sing and perform their original songs without the aid of backtracks: it is all about the songwriters’ own song, their own voice and their instrument. It is very basic and raw. Complete rules on the website.

Each round of competition has eight to ten performers with two winners each; one from the judge’s ballot and one from the audience choice. Four preliminary rounds will produce eight qualifying contestants for the finale, which will produce two Grand Winners. Sponsors provide merchandise for awards along with cash awards collected from cover charges to each event. Judges are selected from the pool of previous winners and industry professionals.