CHATTANOOGA'S BEST OF THE BEST HOLISTIC WELLNESS for 2022!

How are Delta-9 Hemp Products LEGAL? 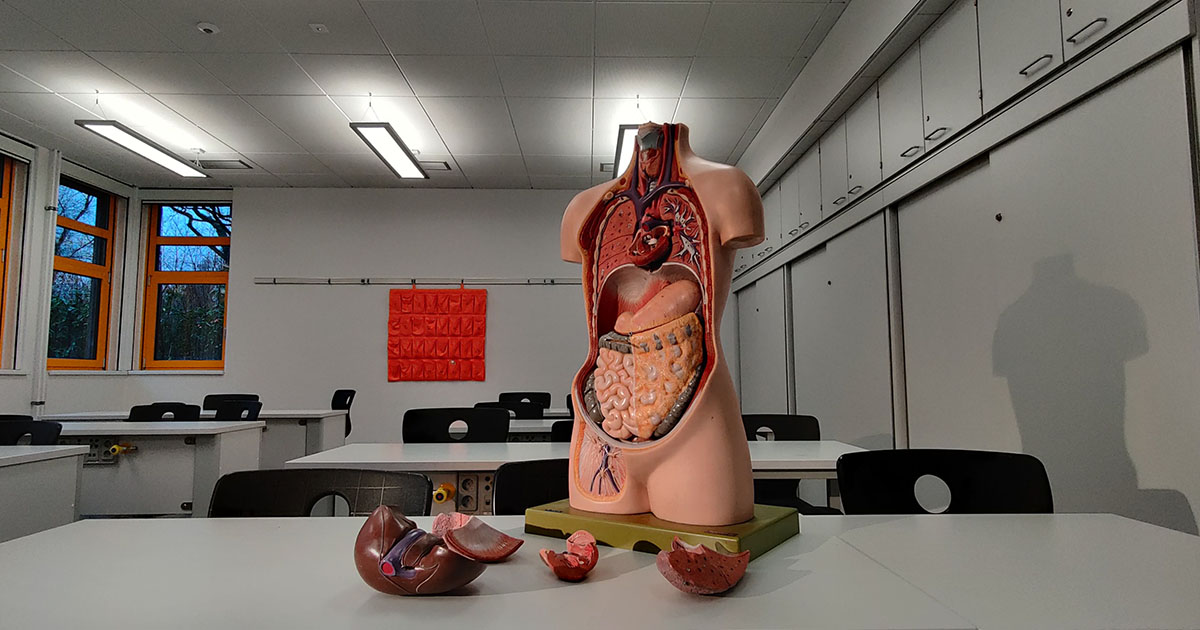 Cannabidiol, or CBD, has been an incredibly important compound with the emergence of legal consumable hemp products that are compliant under the 2018 the AG Farm Bill. CBD and other cannabinoids are dominantly found in the flowers of hemp plants in their acid forms and these cultivars are grown specifically for their high cannabinoid content. The genetics, growing conditions, and many factors will ultimately result in the strengths and ratios of these plants. Growers have put years of time, science, and practice into stabilizing these high CBD strains to continuously produce compliant crops. Many questions arise when talking about hemp, CBD, and cannabinoids, so let’s delve into some of the most frequently asked questions to gain a better understanding of this amazing compound.

Can You Feel CBD Effects?

Cannabidiol is a non-psychoactive cannabinoid. This means that it does not induce an impairing or noticeable change in your mental state. This does not mean that it will not have certain effects or reactions and should not be treated as harmless or non-intoxicating, but the effects are usually not as noticeable as ingesting THC or other psychoactive cannabinoids. This is because of CBD’s unique relationship with cannabinoid receptors and endocannabinoids in both humans and other animals.

Almost all animals have an endocannabinoid system, with the exceptions of insects and protozoa. It is a complex system of ligands, receptors, and enzymes that regulates incredibly important functions for daily life, such as appetite, memory, pain perception, and more. There has been a boom in popularity for pet-specific CBD products to help with the same range of applications that humans use it for. For example, dog-safe CBD treats or oil droppers, formulated to help naturally regulate your dog’s endocannabinoid system.

How Long Before CBD Takes Effect in Dogs

For administering CBD to your pets, it entirely depends on the product and strength. Generally once consumed you can expect your pet to be effected by the dose of CBD within 1-2hrs and the length of effects can range anywhere from 6-12hrs. This is because dogs’ receptors and endocannabinoid system are much more sensitive than humans, that is why THC and psychoactive cannabinoids are not safe whatsoever for dogs, cats, and most species to consume. CBD still poses a risk of liver toxicity and should not be administered in incredibly high doses. Safely starting out at 1-5mg per dose is considered to be the normal starting point. We strongly advise consulting with a veterinarian before making any changes to your pets diet.

How CBD Affects the Brain and Body

Since CBD is considered non-psychoactive, it will generally not produce impairing effects. This does not mean it will not alter your overall chemistry or overall mood, and is dose-dependent. CBD has a significant impact on regulating brain chemistry, and shows its potential in studies linking it to neuroprotective, anti-psychotic and other therapeutic potentials. These studies and future studies must not be taken at face value, but instead are meant to explore the possibilities that cannabinoids have on our brain and body. This gives us better understanding to the less noticeable effects of non-psychoactive cannabinoids like CBD and CBG. Most importantly, just because it isn’t felt immediately does not mean it’s not working or affecting your endocannabinoid system.

CBD and THC have an interesting interaction when taken together. CBD directly impacts the psychoactive effects of THC, and can alter the overall range of effects in the brain and the body, rather than the cannabinoids taken separately. CBD is unique because it does not fully activate your CB1 or CB2 receptors (the receptors responsible for “highs” and immune system responses to cannabinoids) it helps stimulate the production of naturally occurring endocannabinoids like 2-AG and Anandamide. CBD is also beneficial when used with THC as it helps reduce side effects like paranoia and anxiety commonly attributed to doses of pure THC.

How Much CBD to Be Effective

The question of “how much CBD should I take” has been hotly debated because of the lack of CBD’s immediate effects and lack of psychoactive effects. The answer lies in the individualistic nature of cannabis and hemp, and creating a regimen that suits your needs. We will break down some of the main methods of consumption for CBD, and some misconceptions about its applications.

Smoking or vaporizing CBD has gained in popularity with the rise of smokable, well-grown hemp flower. These hemp cultivars are grown specifically for their cannabinoid content rather than the prior industrial purposes for hemp (rope, paper, fabrics, etc) and are as usable as classic cannabis cultivars. The main difference lies in genetics. Hemp flower is grown for its high CBD or CBG content as well as other cannabinoids. Cannabis cultivars are grown for their high THCA, THC and terpene contents. Smoking hemp flower is one of the easiest ways to take your CBD, but we would recommend vaporizing as it is the most gentle on the lungs and is the best way to ensure you are not burning off most of your cannabinoids. Vaping also leaves room to use the decarbed plant matter in edibles and tinctures.

Tinctures are the most popular way to incorporate CBD into your regimen. They are discreet, usually tasteless, and can pack the strengths necessary to give you the relief you need with CBD and even other cannabinoids. They may come in a variety of different carrier oils like olive oil, MCT oil, and even salmon oil for pet tinctures. Tinctures are a great way to get your CBD dosage effectively and quickly by holding the dose under your tongue and letting the cannabinoids be absorbed into the bloodstream. This is called sublingual dosing and works a little differently than edibles because it is absorbed in the mouth’s blood vessels rather than passing through your liver.

CBD edibles are an amazing way to incorporate your cannabinoid needs into some of your favorite foods, and much like tinctures, they are discreet in nature because CBD can be blended into everyday foods. Cookies, sauces, meats, you name it can be infused with CBD and other cannabinoids. Generally, edibles to take much longer to kick in vs tinctures, vaporizing, and other methods of consumption. CBD consumption can also take the form of supplement pills, and even in suppository form for those who cannot vape or eat their cannabinoid doses.

How Long Does It Take to Notice CBD Effects

CBD works differently than general psychoactive cannabinoids because it does not have a very noticeable onset or end to effects. It’s important to note that CBD may be stimulating to some when taken, so it is generally not advised to take it right before going to bed. Taking it during the day will help stimulate the production of natural cannabinoids in your body and will help you generally feel more relaxed or relieved over time. CBD does not work immediately like THC or psychoactive cannabinoids do, it requires a regimen and consistent dosing to be effective.

We truly believe there is a different cannabinoid for everyone, though the ratios and strengths may differ, cannabinoids play a direct part in helping regulate our endocannabinoid system which is responsible for the living functions of almost all animals on earth. It’s also important to note that even CBD may not work for some and that other cannabinoids may be required to suit individual needs. CBD much like any other drug or compound can be overdone or taken incorrectly, and it is truly a trial and error experience of figuring out what your individual needs are and how best to use cannabinoids for them. 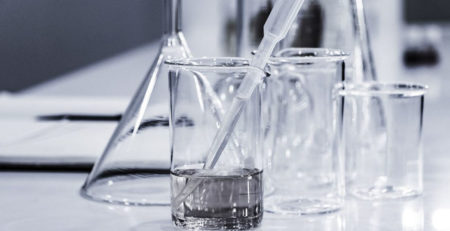 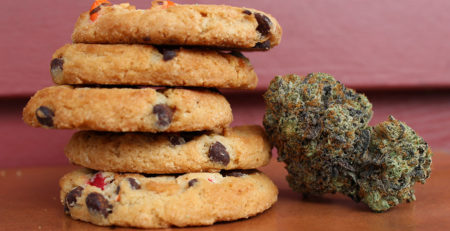 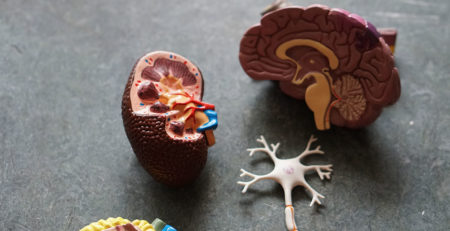 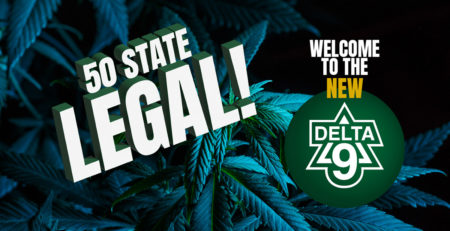 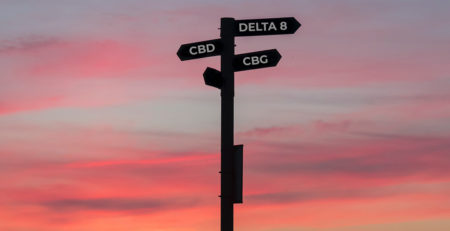 Getting started with cannabinoids can be a huge trial and error experience. There is a wide array of cannabinoids available... read more 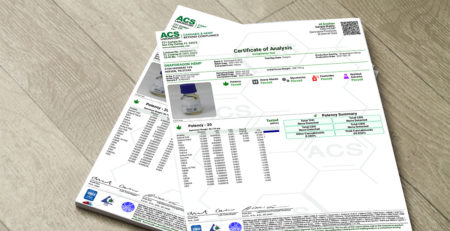 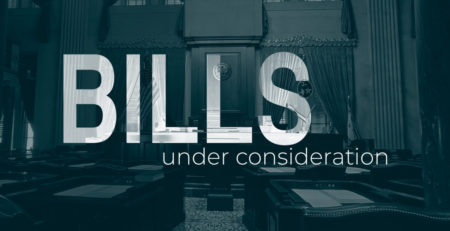 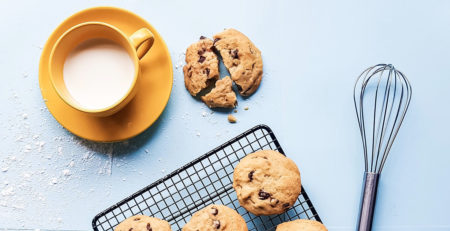